A Recap of Rwanda

As we stepped off of the plane onto African soil, the welcoming cool breeze of Rwanda air began to fill many of our hearts with joy. As we arrived at the Africa New Life Guest House we were greeted with such love, kindness and hospitality. I could tell the people of Rwanda were filled with the joy of the Lord as they served our team with so much grace and care throughout the entire week.

As we stepped off of the plane onto African soil, the welcoming cool breeze of Rwanda air began to fill many of our hearts with joy. As we arrived at the Africa New Life Guest House we were greeted with such love, kindness and hospitality. I could tell the people of Rwanda were filled with the joy of the Lord as they served our team with so much grace and care throughout the entire week.

Our first day consisted of orientation of Africa New Life, an organization that was founded and lead by Rwandans. Co-founder, Pastor Fred, shared the history of the organization, his country and their challenges in trying to rebuild peace. In addition, he introduced us to three women who shared how the Lord, through ANL, has changed their lives. They spoke about how God helped them to rebuild what was lost and introduced them to Jesus through biblical discipleship. These women were affirmed in their dignity and their families were empowered economically. They were being encouraged to dream again.

The people of Rwanda believe there is no healing without remembering the past.
One of the major things I noticed while being in Rwanda was the culture of people who were truth-tellers. Whether it was Pastor Fred, Annette (ANL staff), or many of the people we met while visiting different villages, no one was shy about talking about the 1994 Genocide of the Tutsi and the effects it had on their country and people. The Genocide was evil and horrific. Many believe it started back in April 1994, but the truth is colonialism was at the heart of this well-organized campaign of slaughter. It was the French who moved in on the Africans and created a racial caste system that lead to division. The French elevated one group over the other (specifically the Tutsi over the Hutu) awarding the Tutsi better jobs, access to more money and all the other perks that privilege provides.

We learned that in 1959, the Hutu overthrew the Tutsi monarchy and tens of thousands of Tutsi fled to other countries and the Genocide began. Where was the church in all this? It has been recorded that even priests and nuns have been convicted of killing people, including those who sought shelter in churches. Visiting the Ntarama Genocide Memorial,  a church were thousands were killed, and seeing with our own eyes the effects of colonialism and white supremacy was very disturbing and moving.

Recognizing our past is our only path way to moving forward.

It is a crime in Rwanda to say the Genocide didn’t happen. In the early 2000s, the Catholic church and Rwanda Bishops sought forgiveness for the role they played in the genocide massacre. They apologized for Christian leaders who caused divisions among people and planted seeds of hate. As a result, four Catholic priests were indicted for their role in the Genocide.

But not everyone came forward and admitted the part they played. I learned there are many who are still in prison and or have been banned from ever returning to Rwanda due to not wanting to confess. I believe that in order for the reconciliation process to begin there must be a conversation on the past and the oppressor must be willing to acknowledge his role in oppression, privilege and power. Once that happens, it opens the door to hope and a way forward.

Pastor Fred spoke of us being a people who followed the example of Jesus and Joseph by not seeking revenge on those who have harmed us. He said the church should be the leaders today on what true reconciliation looks like. He used Genesis 50:20 which says, “As for you, you meant evil against me, but God meant it for good, to bring it about that many people should be kept alive, as they are today.” The Rwandan people displayed this in their daily living. They showed us what it truly meant to trust the Lord to be their avenger, instead of seeking vengeance themselves. Their display of resilience, peace-making and “not faking” as Pastor Fred called it, came not only from a work of the Holy Spirit, but from such outstanding, godly leadership and strategic planning to help the people rebuild community.

This type of example of leadership was exemplified by Governor Fred Mufulukye of Eastern Providence Rwanda. Governor Fred welcomed us into his headquarters to share with us Rwanda’s journey of Reconciliation and Nation Rebuilding. From him we learned that Rwanda, post Genocide, is the

I am amazed in what the Lord has accomplished for the Rwandans all within 25 years.

Later in the week we had the privilege to sit in on a Reconciliation Workshop lead by our very own Latasha Morrison, Elder Gene of ANL Bible Church and Pastor Fred. The audience consisted of Black and white Americans, ANL staff and seminary students. We were able to have a conversation on American racial history (past and present), genocide, and their process of reconciliation.

Many of our Rwandan brothers and sisters had no idea of how white supremacy played a role in the States and the effects of slavery on Black Americans today. Through these conversations we found community, healing and comfort in our grief. I noticed the Rwandans in sharing their stories did not allow the shadows of the past to dictate the work and healing that they are currently witnessing from the Lord. Yes, as humans they are fighting day by day, through the Grace of God, to walk reconciliation out. Their minds are set on the way forward. Repentance and confession, their reliance on Christ and humility, have been the driving force behind those who were known as Hutu and Tutsi living together as one. This leads me to the most impactful day of our week, our visit to Reconciliation Village.

Reconciliation Village is a two-part community that consist of 55 families (8 villages) living in an area called Mbyo. These villages are the result of Prison Fellowship Rwanda which helps in housing repentant people regardless of their actions during the genocide. Prison Fellowship Rwanda seeks to bring together both survivors and repentant perpetrators of genocide. They are all living in the same communities as neighbors. What are they doing?

Doing life … together. They participate in weekly group discussions on conflict resolution, look after one another’s livestock, they grow maize (corn) and cassava together, partake in basket weaving, welding and sewing in a co-operative. All of this is done to help build unity, trust, interdependence and peace in the community.

They’re raising their children together and changing the narrative of Rwanda.

The people here have shown us how the power of reconciliation is available to us all when we submit to the work of the Holy Spirit.

The people in these villages welcomed us with singing and dancing and engaged us in conversation about their process. They even challenged us to GO and be ambassadors for their country; telling everyone in America their story of acknowledgment, confession, repentance, redemption, healing and hope. Those in Reconciliation Village are teaching the world what it looks like to forgive and to be reconciled. They are the embodiment of Christ and His Kingdom on earth. Their country is better, their families are better and the next generation will forever be blessed due to their efforts.

Rwanda isn’t just a country that has had a terrible past and is working towards reconciliation. Music, dance and the arts are essential to Rwandan ceremonies, celebrations, festivals and storytelling. Their tea and coffee is some of the best in the world and the food is amazingly good, rich and colorful! The country known as the land of a thousand hills has left me in awe of our Creator.

I arrived in Rwanda angry, sad, frustrated, tired and depressed with the realities of Americas efforts of racial solidarity. I came to Rwanda with Be the Bridge feeling hopeless and isolated due to my own past hurts.

But in steps, Jesus!

Who renews our minds, who gives us a glimpse of what He’s doing in other countries and through His global church as a means of hope.

God has used Rwanda to remind me of the work reconciliation takes.

This trip empowered me to continue in the fight for truth-telling and bridge-building. I am reminded that when we’re committed to the call and walk through the process as the Scriptures commands, we flourish and thrive together just as God always intended.

Rwanda has left me with the reminder that as a believers, as people created in the image of God, we reflect the glory of the Lord in our togetherness.

I believe the poem above was prophecy of what has come for the Rwandans.  I am extremely honored to have been able to see all the great things that only God in His grace can accomplish! 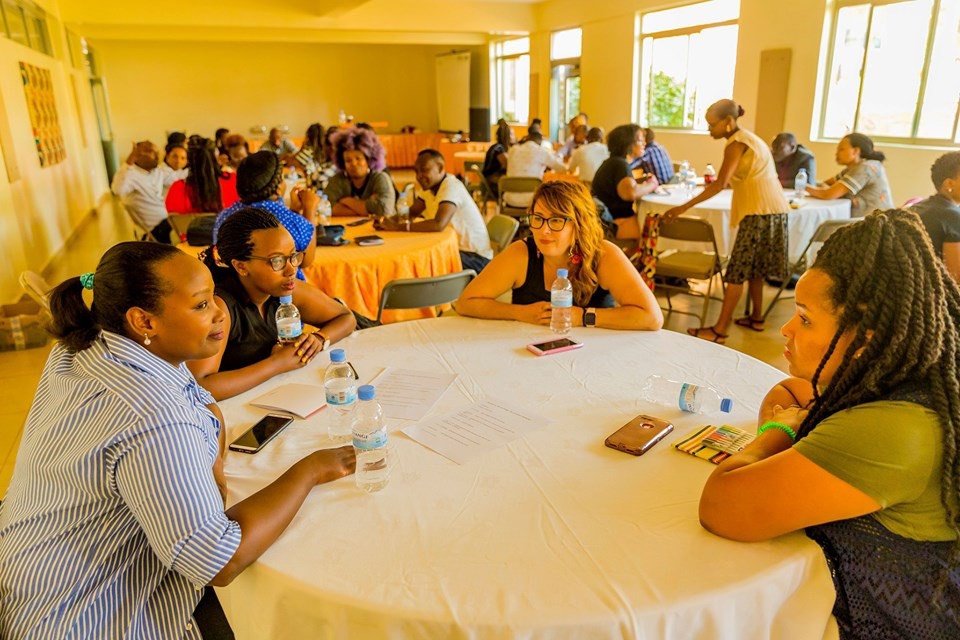 Ready to become a bridge-builder?

Join a Group
Get Training
Explore Resources
Go to Top